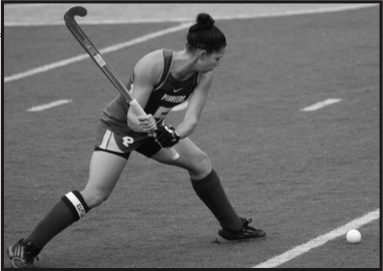 The Pioneers were on the back of a draining overtime win against local rivals Adelphi College. After cutting it close versus Adelphi, the Pioneers set out to make a statement. The Green and Gold scored four goals in the first half, two of which came from graduate student Dani Crouse to put the Pioneers two up after 32 minutes. True to her recent form, junior forward Keliann Margiotta notched two before the break, holding her spot at the top of the goals per game average in all of Division II. When asked how it feels to be the most prolific forward in the country right now, Margiotta humbly replied, “It is great to receive recognition, we are mid-way through the season and I am just happy the team is clicking, if it happens to be me on the end of the entire team’s hard work then that is a bonus.”

Senior forward Lyn-Marie Wilson also added two goals to the score-sheet, before Crouse again broke free offensively and scored her third of the game, securing a hat-trick for the day. “This team has a lot of talent, but above all, we are a really tight knit group who all really want to win that championship [NCAA Division II National Championship],” Crouse said.

Sophomore midfielder Lauren Adamusik also got in on the action, hitting home off a Margiotta assist. It was a quiet afternoon for the LIU Post back line, as the Ravens did not manage a great deal offensively, finishing the game without a single shot on target.

Sophomore defender Abi Sawyer reflected on the game, “We really clicked today; we stopped their attacks before they had a chance to create anything dangerous.”

The Pioneers return to action next in a Conference match-up against Merrimack College on Saturday, Oct. 11, in Mass. Game time is scheduled for 4 p.m.

Stay at Home, But Stay Active