Every year, many students count down the days until homecoming weekend, expecting to have a great time with their fellow Pioneers. Usually, this is the case and homecoming weekend is one for the books. From the pep rally and the tailgating to the game, it’s overall an exciting few days in a college student’s career. However, the question on everybody’s mind this year was: “Will this year be as much fun?”

This year, there were many changes being made to the homecoming weekend agenda. Last year, each club and organization on campus held a table outside of the football stadium during the game to promote their club. These clubs sometimes even sold baked good and other things, as well. Unfortunately, many clubs were not permitted to have these tables this year. Apparently, only a few organizations and clubs were selected to set up their tables at the game. No one I spoke with was absolutely sure why certain clubs weren’t allowed to have tables this year, but it is very selective now. Personally, I don’t think anyone should be turned away from holding his or her club table. It’s an awesome way to promote for the club and bring in freshmen and new members.

Also, there was no homecoming after-party on campus this year. Last year, a few clubs joined together to hold a homecoming night party at the Pratt Recreation Center. This was convenient for a number of reasons; because many people attended this party, there was a seemingly significant less chance of students drinking and driving to get to after- events; It also kept everyone in one place for most of the night, so that there was no sporadic craziness all over campus. This year, no clubs or students had permission to host a party anywhere on campus. I don’t think it’s beneficial.

With all of this being said, us Pioneers make our own fun at homecoming regardless. I urge students of all ages to get involved in all of the events, espcially the pep rally. Pep rally is underrated, for sure, with its performances, great music, and the opportunity to meeting with some of Post’s ahletes! 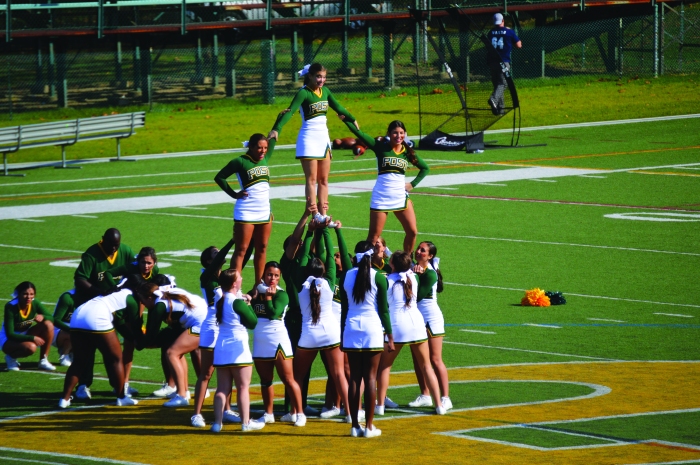