Models, designers, celebrities, but most importantly, new and unique clothes, are what make a successful Fashion Week. It’s officially the season of fashion in New York. London and Milan have already had their own Fashion Week, while Paris, starting on March 4, will be hosting the last fashion week of this season.

New York’s Fashion Week (NYFW), which was sponsored by Mercedes-Benz, ran from Feb. 11-19. Not even the cold weather could get in the way of what some people think is one of the city’s biggest events of the season. Designers took over the city with amazing runway shows that took place in many different locations, including Lincoln Center and studios around the Big Apple.

Ralph Lauren, Carolina Herrera, Michael Kors, and Marc Jacobs were just a few of the biggest designers that were present at NYFW. Celebrities including Gwen Stefani, Rihanna, Kim Kardashian, Kanye West, Beyonce, and many more, were there in the front rows attending one runway after the other to catch the latest trends.

It was very clear that fur was one of the biggest trends at NYFW this year. Not only on the runway, but also looking at pictures of the street style during the week; a lot of models and fashionistas who attended were sporting fur. Whether it was a fur coat or fur used on another article of clothing or accessory, fur was doubtlessly a key characteristic used by designers Ralph Lauren and Zac Posen.

Some fashion-forward students on campus are supporters of this new trend.

“I really love this new trend of fur. I think it makes an outfit look fun and interesting,” said Marianna Scalise, a junior Psychology major. “I’d rather people use faux fur, but other than that, I think this trend will be a big one for the rest of the winter as well as for the fall,” she

added. From the runway pictures on the Mercedes-Benz Fashion Week website, viewers will find that most of the colors that were used by designers were not like the pastel colors or bright colors that have been used in the past. Instead, designers stuck to more neutral shades that they complemented with accessories. For example, designer Lucio Castro used the color that is referred to as Desert Sage, which is a greenish-gray color. Castro used this color for the pants and shirt, but added a pop of color by adding an electric blue jacket.

Ileana Lado, a junior Psychology major, usually keeps up with Fashion Week every year. “My favorite designers of this year were Calvin Klein, Ralph Lauren and BCBG Max Azria,” she said. “Some of the trends I saw on the runway that I feel are already very popular this season is turtlenecks and wide brim hats.” Lado also saw many designers incorporating ‘70s fashion into their lines, with flowy maxi dresses, vivid and abstract prints and wide leg pants. 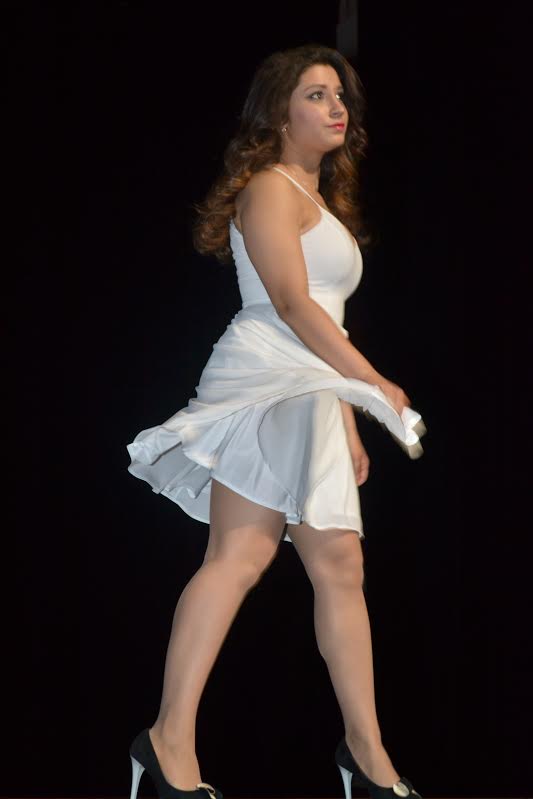 From the entire week, Scalise felt there were two standout items. “Coats and boots, I feel, were the biggest thing I saw from all the Fashion Week craze,” Scalise said. “I love the ankle boot or the combat boots, which I saw a lot of in pictures from some of the runways. They are just the perfect shoe to really wear with any outfit, perfect for the winter and the fall.”

The biggest models of the week included Kendall Jenner, Karlie Kloss, and Gigi Hadid. But what actually left an impression was the diversity of models that participated in the shows.

“I saw that one of the biggest designers like Desigual, Nina Perdomo and even Kanye West, involved a big diversity of models,” said Kaity Lopez, a junior Criminal Justice major. “Actress Jamie Brewer made history by participating in Carrie Hammer’s show as the first model with down syndrome to walk during NYFW, which I think has to be one of the best things that happened during that week.”

Many shows involved transgender models, according to Lopez. A model with a skin pigment disorder and a teenager who was formerly paralyzed also participated in the runway shows. “Kanye West also had a lot of male and female models of different races and body types in the debut of his Adidas line,” Lopez said.

Scalise believes that NYFW was a success and she has been keeping up with fashion week in other cities, as well.

Lado agreed, “Fashion has always been a big part of NYC and I believe they always do a good job when the season comes around, with all the new fun trends that were displayed. It was a great week indeed.”